In 2009 I founded Bocoup, a web platform consulting company where we work on assistive technology, web standards, and no-code programming tools like Scratch and Airtable. Our team of project managers, designers and engineers works to prioritize the inclusion and safety of people from marginalized backgrounds through the course of this work. We use tools like our Code of Conduct to incorporate our organizational values into the way we work with clients and the broader web technology industry.

Along with running Bocoup day-to-day, I contribute to other projects related to art, technology, and social justice including:

I have also contributed to various open source projects and web standards. From 2011 until 2017, I was an invited expert to the W3C where I started the Games community group, outlined a roadmap for "open web games", contributed to the web-platform-tests initiative, and helped conceive of and develop wpt.fyi and test262.report. During this same period, I contributed to the jQuery, Backbone, Grunt, and Popcorn.js projects and helped start the jQuery Foundation where I served as a board member until its relaunch as the JS Foundation (now OpenJS Foundation).

Before Bocoup, I worked as a front-end developer for an early 2000s health dot-com company, where I built early client side web video applications. My education in software development came from working under the mentorship of other programmers on projects, shadowing the jQuery team to write the jQuery API documentation, and through the generosity of many talented colleagues.

Prior to all of this, I studied liberal arts (studio art, documentary film, history, and anthropology) at Bennington College from 2003 to 2005. I did not graduate.

A Picture of Me 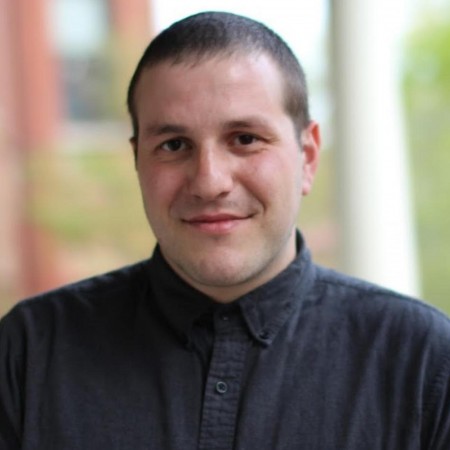